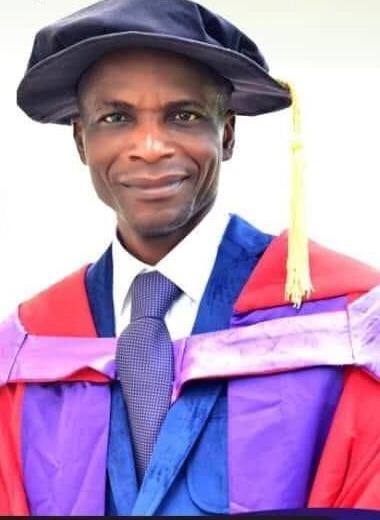 Prof. O. S. Adewale attended the then Ogun State University (now Olabisi Onabanjo University), Ago-Iwoye where he obtained a B.Sc. combined honours degree in Computer Science with Mathematics in 1991. He was the best graduating student in the Department of Mathematical Sciences of the University in 1991. He later obtained M.Tech. and Ph.D. degrees in Computer Science from the Federal University of Technology, Akure (FUTA), Nigeria in 1998 and 2002 respectively. He had his postdoctoral research fellowship at the International School for Advanced Studies, Trieste, Italy between 2002 and 2004 where he was involved in the high–performance and high–availability computing research. He was an associate member of the International Centre for Theoretical Physics, Trieste, Italy between 2000 and 2005.

Prof. O. S. Adewale joined the services of the Federal University of Technology, Akure, Nigeria in December 1993 as a Graduate Assistant and gracefully rose through the rank to the position of a Professor in the Department of Computer Science of the University in 2010. He was the Acting Head, Department of Computer Science, FUTA, Nigeria between 2007 and 2009, Head, Department of Computer Sciences, FUTA, Nigeria between 2014 and July 2017, and a member of senate of the university. He was the Director, Computer Resource Centre (CRC), FUTA, Nigeria from 2011 till January 2013. During this period, he transformed the Centre and placed the FUTA, Nigeria on the world webometric ranking of universities in 2011 for the first time and the university has seen then be featuring at the world webometric ranking of universities. The feat he achieved by leading CRC to establish sub-domain for each department and create an in-house developed custom FUTA Content Management System which enables each department to manage its own website and collates content from departmental website onto FUTA website through a web liaison officer. Also, as the Director of CRC, he pioneered the deployment of e-payment on e-Tranzact platform for the payment of all undergraduate and allied fees (including fees payable for programmes run by Centre for Continuing Education, such as Pre-Degree in Science, University Diploma Science among others). In a bid to improve Internet access on campus, he switched the University from low-bandwidth VSAT Internet connectivity of 5 Mbps to high-speed high-bandwidth 45 Mbps full-duplex fibre-optics/microwave last-mile Internet connectivity which was widely distributed round the entire campus for effective coverage and high availability. He established a well-equipped Internet cafe and installed a 200 ft communication mast at Obakekere in order to broadcast Internet signal to both on-campus and off-campus communities of Obakekere campus. He initiated and led the software engineering of FUTA Integrated Registration and Result System which has been deployed in the University. He initiated the process of laying fibre-optics cable round the campus. He pioneered the inclusion of IT infrastructure in the design and construction of every new building on campus right from development of architect's brief.

He has authored three textbooks and published numerous articles in highly and reputable technical journals and conferences. He is a Fellow of Society of Communication and Administration, and also a member of various local and international societies such as Computer Registration Council of Nigeria, Nigeria Computer Society, Institute of Electrical and Electronic Engineers, Association of Computing Machineries. He has supervised and graduated many M.Tech. Computer Science and over twenty (20) Ph.D. Computer Science students. He occupied the First Bank of Nigeria Plc. Professorial Chair in Computer Science of the Federal University of Technology, Nigeria between 2005 and 2009 where he was involved in the University Digital Libraries research. Since 2005 to date, he has served as an external examiner to many universities' undergraduate and postgraduate Computer Science degree programmes (outside and within Nigeria), polytechnic and college of education and have also served as a reviewer to several journals. He is a Consultant and Assessor to many universities, polytechnics and colleges of education on staff appointments and promotions matters.

He has served and still serving as a member of several committees at the departmental, school and university levels and chaired several technical subcommittees and committees. He was a member of the board of the computer resource centre of the university from 2004 to 2013 and a member of school of postgraduate studies board. He was the co–ordinator of the postgraduate programme of the Department of Computer Science of the university and involved in the development of curricula for both the undergraduate and postgraduate programmes of the department. He has been a member of National Universities Commission accreditation team on computer science programmes to many universities. He was a Team Leader on Nigerian universities needs assessment to universities in Akwa–Ibom and Cross River States in 2012. He was also the Chairman National Universities Commission Committee on Basic Minimum Academic Standard for Software Engineering, Cybersecurity Science and Information Technology for Nigerian universities in 2016 and 2017.

He won a TETFund National Research Grant in 2015 for e–learning research for two years. He was a Chairman, Ondo State Government Visitation Panel to Rufus Giwa Polytechnic, Owo, Nigeria in 2017.

The Mission of FUTA is to promote technological advancement by providing conducive environment for research, teaching and learning engenders development of products that are technologically oriented, self-reliant and relevant to society

The University core values with the acronym "ICARE"